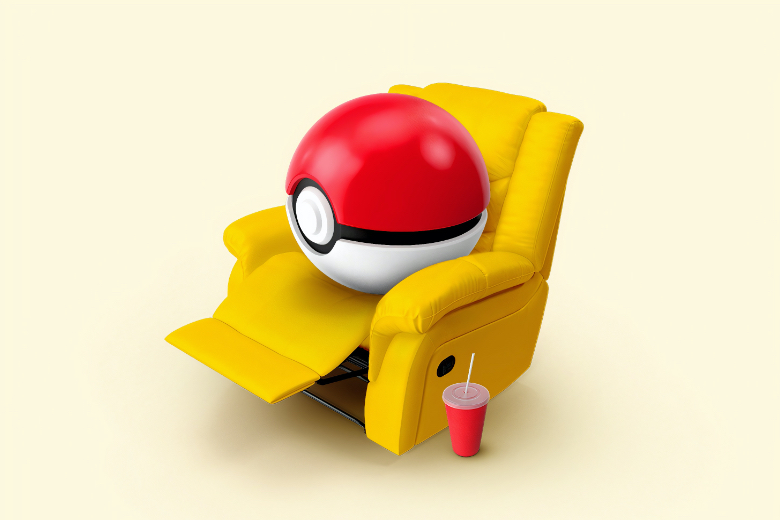 Support Weekly.gg
The newsletter is free, and will always be free, but if you want me to continue doing what I do, there're two great ways to contribute:

UPDATE FOR EVERYBODY
Every single newsletter will be properly incorporated on the website. From now on, the "view on browser" link won't take you to a shit reading experience anymore, I'll take you to individual posts hosted at Weekly.gg/beer-talk. I made this to:

- Give you a better reading option if the email is too long.
- Give you the opportunity to share any newsletter edition on social media or email.
- Improve Weekly's SEO.

📖 Read of the Week
The Power of Faceless Characters by Phillip Caron.


🏥 Media Hospitals
"Esports gamers are healthier than the general population". These articles are the true dirt of the industry. They put up a positive tag to an industry that is criticized for that, just to generate clicks. It isn't positive backing, its a camouflaged approach to lazy analysis. Esports teams work with the 1%; young people who depend on their health to be able to perform and justify their high salaries. No shit they are fit, these kids are athletes. But the other 99% is filled with bad habits and concerning health issues. The interesting thing is that if the industry shows the problems a guarantee you that amazing startups will quickly jump with new ways to fix it instead of looking for short term bandages.


🏆 The Game Awards
Each year, we celebrate gaming's success and its exciting future through this event.

⚡️ What it's not. What It Could Be.
We talked about the shitty relationship between Nintendo and the Smash Bros. community before. To put it in a few words, Nintendo created Smash Bros. without realizing that it had an insane competitive aspect to it. It was a beautiful mistake for the people, but a tragedy (that we don't understand) for the publisher. They never supported the esports side of things, resulting in an independent Smash community organizing tournaments and the entire scene by themselves. At the moment, Nintendo is going after IP rights and shutting down all tournaments. If you want to understand this corner of gaming The Smash Documentary and it's recently released sequel The Metagame Documentary are a good place to start.

🚀 Microsoft x LeBron x Space Jam
Space Jam: A New Legacy, will be an Xbox arcade title and LeBron did a little promo vid with Bugs to ask fans to submit ideas for the game. Talking about Space Jam, three days ago Tony Hawk told a story on IG about how close he was from releasing a sequel with Warner Bros, called Skate Jam. Tony ends with a call to action to Warner Bros to see if they want to do it now. After the movie, imagine the Skate Jam video game. Yes, I'm going to need both.


🕹 Arcade Love
CAPCOM brings 32 classic arcade games to Nintendo Switch. Almost 2021 and I still don't have a Switch, might be a good time to cop.


🔥 Charizard is the new Bitcoin
Pokemon cards have been poppin' since Logan Paul started opening boxes on stream. When people get asked "what advice would you give to your younger self?"The answer is always "buy Bitcoin motherfucker". Well... you can add keeping your Pokemon Cards from your childhood to the list, since a Charizard has been sold for $369K this week.


🙏 Anxiety of the Week
The Mortal Kombat movie releases on April 16th and the trailer on new year.


🐦 Thread of the Week
Nibel on everything that happened at the NintendoSwitch Indie World livestream.

THE DESIGNERS OF NBA2K21 ON GAMING x FASHION x BASKETBALL

What a love-hate relationship with a game looks like: