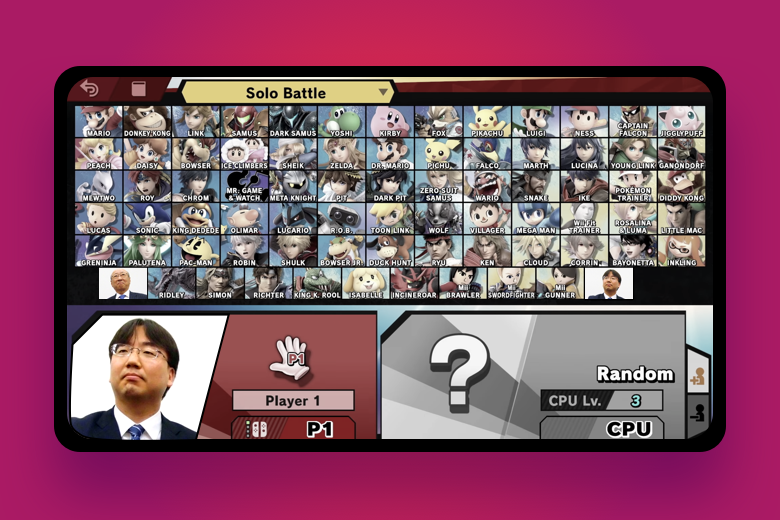 Ahh... can you smell that? It's Nintendo taking a literal shit on Smash, once again.

EVO, the biggest FGC event, announced going online due to the pandemic. Since the word "online" is the equivalent of Coronavirus under Nintendo's eyes, what happened next was expected: Smash Ultimate was removed from the event.

The main reason was Nintendo's lack of a proper system to run smooth online tournaments, impossible to do it with delays or disconnections. So, for the best interest of everybody involved, it got chopped.

Let's try to wear both Nintendo and pro players' hats to understand the situation.

Considering what other titles present in terms of viewership, engagement, branding and exposure... Smash is a disorganized niche in the competitive scene, but a massive family-household title.

All viewership and acknowledgement of the game comes from pro players who dedicated their lives to Smash. Only some of them can make decent money combining all aspects of the cycle: prize money, team salary, sponsors, streaming. For the rest... making a living out it, is non-existent.

Esports, in which players compete on stage for prize money as an audience watches, demonstrates one of the wonderful charms of video games. It’s not that we’re opposed to it. So that our games can be widely enjoyed by anyone regardless of experience, gender, or age, we want to be able to participate in a wide range of different events. Our strength, what differentiates us from other companies, is this different worldview, not an amount of prize money.

In other words: we don't give a f^ck about esports, we're making bank with every member of your family buying the game and playing it at home. We don't want to be Riot Games, we're good fam.

‍The Smash community got used to running their own events in houses and getting pizza as prize money. But now that esports has been validated everywhere else with Call of Duty players in the CDL getting a min. salary of $50K, almost three times more than the biggest prize for Smash last year, Smash pros are like... wait... what?

And let's not even get started with League, Dota and CS:GO pros' wealth, because that shit goes to six and seven figures. But we can't compare them since these games were built with competition as a core structure and teams as core element.

Reality is that Smash players always knew about Nintendo's interests, but because:

...it gave them a sense of hope that contradicts Nintendo's business model.

I'm not saying the FGC is incapable of doing better, Mortal Kombat 11 has half the viewership of Smash Ultimate and still gets $150K - $250K prize pools.

Since there's no structure, it becomes less marketable, not appealing for sponsors, which means less prize money, less teams getting involved, less impressions.

I understand Nintendo has a successful way of making money, but the empathy towards Smash pros is related to: Nintendo never tried, so we don't know how it looks like. How much money and trouble is it to try a competitive scene? Will the player base and game sales charts go up having esports?

It's very interesting to think that Nintendo was one of the main companies to shape the future of esports in the early days with the Nintendo World Championship to carry grassroots movements and now... grassroots is trying to carry the entire company into pro gaming.