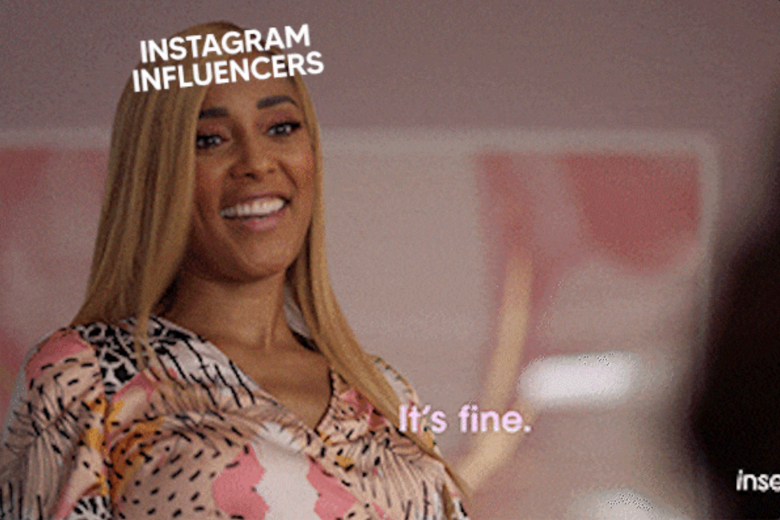 You're about to be influenced

AUG 5
Hi friends! Let’s give a warm welcome to all new subscribers. Once a week, we try to fuck with your brain for a bit by giving mostly wrong opinions about gaming and culture. Enjoy.

You're about to be influenced

I remember vividly the moment when following brands on social media wasn’t cool anymore. The day that you woke up and unfollowed every single company from your feed except from Nike, Adidas, and a couple more.

Influencers took brands’ spots like an ice cream out of a kids’ hand, we the sheep, followed them, and haven’t looked back since then.

But we’re in the middle of the next content mutation.

Influencers will continue to be our guidance outside of friends and family to make decisions for our dirty consumerism. But what’s the difference? Twitch and gaming.

Real Time = Real Life
The shift from aesthetically-driven content to unfiltered media is already happening. Twitch brought reality. Gen Z, and let’s be honest, all of us are damn tired of high-end produced videos and photos for social media. Is just exhausting to see perfection everywhere.

It’s empathy branding. We cope with them on a different level. Influencers’ main weaknesses are that they can’t walk a street without being attacked and that media outlets will mess with them through fake clickbaitnews.

They needed platforms like Twitch, Instagram Live, podcasts, and TikTok to instantly clear their names on fake news or tell fans how they really feel about shit in general.


Engagement is King
The element of gaming is the secret sauce. Engagement was and always will be king; and gamification is every social media manager's wet dream right now.

We got to the point that even conversations are gamified. Fashion companies, productivity apps, food trucks, and everything that has nothing to do with gaming, are gamifying their approach.

But you don’t follow brands anymore. So guess who is the perfect tunnel between their gamification and your wallet? Not the full-of-filters, “smash that subscribe button!”, robot looking-like influencer, but the reality-driven, unfiltered personality.

Look at what Ibai is doing, in my opinion, the most important streamer of our generation. Mother fucker started as a League of Legends caster and now has collaborations with rappers, athletes, actors. On stream, he interviews, hosts, shows behind-the scenes, plays sports, and reacts.

What are live-content influencers gonna lack that the next wave of content will fulfil?

We reject fake content, but digital identities grow at the same time. If we see a human with filters, it is a problem, but if we see a character with filters it’s interesting. Is our attention going full IRL, digital or hybrid?


🐪 The Drought
The Overwatch League it's a sticky one isn’t it? At this point, most people don’t even know what the OWL is, which is concerning considering that a lot of analysts thought Overwatch was going to be the title responsible for solidifying esports. Well, shit.

The viewership drought is so visible that not even autoplay website boxes can camouflage how fucked the league is. I think there’s only one thing the publisher could do to stay relevant, however OWL execs won’t like it one bit: recreate Dota’s The International, but for Overwatch; and see where you are at.


🧵 Thread of the Week
Breakdown of Sony’s Game & Network Services, by Daniel Ahmad.


🎢 Another reason to go to Japan
You’re probably aware of Super Nintendo World because a couple months ago I spammed you with it non-stop. Now, the Donkey Kong theme park is being built as an expansion. Photos here and here.


📖 Read of the Week
The Ascent: A Great Climb in a Cyberpunk World, by Bryan Finck.


🙅‍♀️ Trouble in the Ethics Biz: Part 2
Not a lot to report on Blizzard’s controversy updates other than:


🗡 Lord of the Rings: Revealed
There’s literally nothing about gaming in this article. I believe that after the series, an LOTR open world video game will be developed, but in reality this is just an excuse for me to talk about my childhood love.

🌡 Gaming’s Biggest Weakness
We'll be in trouble soon, so we need to get together and solve an issue that is increasing in the east and slowly approaching the west. China, and consequently Tencent by force, are adding new regulations on a monthly basis towards the youth to control their interactions with gaming.

Gaming addiction is real, let’s not be stupid about it by thinking that because we figured out a way to just play 2 hours a day as adults, there aren’t kids out there playing 6 hours a day just for fun. Esports careers are a different topic, but in terms of recreation, we know this shit is our Voldemort, and we are just waiting for him to give us a scar. I clearly don’t have the solution and I would love to knot what you think. Can we solve it? Is it a real danger for the industry or just another addiction that will be left out in the corner as long as it makes money?


🕰️ Retro Vibes
The 5 best handhelds for retro gaming on the go.

🐦 Tweet of the Week
Makers, not Takers, by Tim Sweeney.

THE DUTCH GUY WHO GOT GOLD IN WINDSURFING WITH THE AVATAR STYLE. LEGEND.