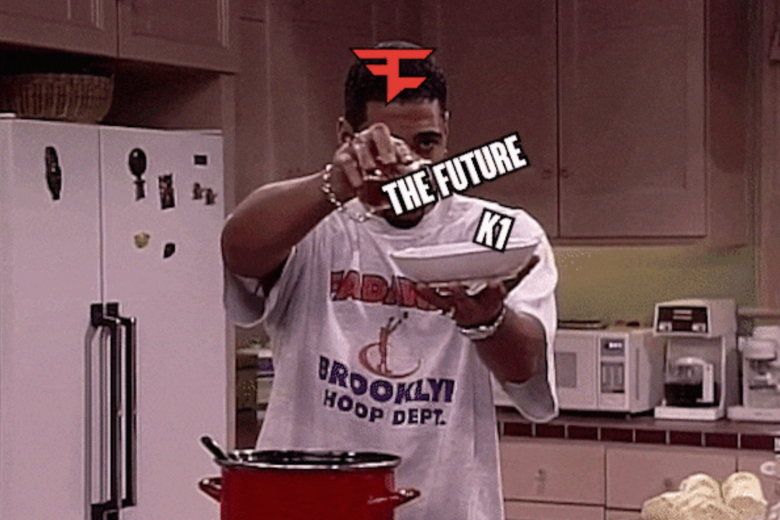 Two FaZes of the Coin: A Misleading Reality

APRIL 29
Hey fam! Let's finish the month with a good one.

🎭 Two FaZes of the Coin: A Misleading Reality
The progression of culture and entertainment. We should know by now that it takes friction from a good amount of people to understand that mixing cultures brings inevitable change. Whether is a good or bad one for an existing industry, that’s for the future to decide.

The thing is that what we thought of as the future, it came real fast for gaming; and FaZe Clan was one of the true responsibles for it.

This week, FaZe added the absolute goat Kyler Murray (Cardinals' QB) to their family. This is the type of move in gaming that I live for. The problem? Just a few can pull it off.

After looking at artists, sports figures, and dope people partnering with gaming orgs we can see two common results:

But why the difference?

It's hard for people to see it because FaZe’s main representation comes from young creators who are heavily loved, but heavily hated as well. Just like Ninja, just like Epic Games. But guess what, all of them have something in common: they were the first ones to bring a concept to the table with a long term vision that ended up working. This is the reason for the love-hate relationship, it always is.

Don't let the hate distract you. This misleading reality camouflages the most important element in my opinion. Go back a few years ago and put yourself in the shoes of FaZe’s staff pitching the idea of gaming being a huge part of culture to countless celebrities and companies while being ghosted by all of them. That shit didn’t exist. Music / fashion / sports and gaming was not a thing. So, I’m assuming they sat down in hundreds of meetings literally saying “I’m telling you, this is the fucking future, is right in front of your eyes”. Lil did everyone know, a few years later:

The rest of the teams were esports-first companies. Which makes sense, while gaming developed it was inevitable to compare it to sports and assume that we will get the same result at some point. Today, when teams pitch the concept of content to possible partners, their curious little ears are up mainly thanks to FaZe, or Fortnite.

FaZe can think about entertainment as a whole. We are in the middle of the transition from a weird Celebrity DeathMatch looking like form of entertainment, towards an exciting world of virtual reality and digital lifestyle. Is it gonna be FaZe the one pitching crazy projects again? Or it will be another team? Since I have been sucking FaZe’s male reproductive organ for this post, I’ll go within the same line and put my money on them.

🍿 Gaming x Oscars
Collete, a documentary created by Oculus Studios and Respawn Entertainment, won an Oscar. The doc was premiered first in virtual reality featured in Medal of Honor: Above and Beyond, and Oculus VR game. Huge for the industry.

🥽 VR Hype
The Oculus Gaming Showcase came through last week and these are the twelve games that they showed off.


👟 Run-away
There’s a group of people out there trying to create an Esports Fashion Week. I had too many beers already while writing this up, am I drunk or we agree that a hippo can fly higher than this? At least it needs a lil tweak.

Fashion week comes directly from clothing, and the act of coping to wear it at all times. Esports Fashion, would come from the act of following a team first, and then coping with the apparel if you are a fan. Use me as a user test: I love esports, I follow a couple of teams and I love apparel. I would never watch an esports fashion show twice.

A quick fix? Gaming Fashion Week. Get out of the esports box. Involve esports teams if you want, but the main attraction would be something people would want to wear at all times and not just at a venue while supporting a team. Collabs: PlayStation x Nike shoes, League of Legends x Uniqlo or Louis Vuitton. You can even bring the digital aspect with NFT pieces like RTFKT Studios x Atari as well, you can play with VR or AR. Super exciting concept to be honest, but I feel that esports should not be the main vertical for it.

🥛 Send the Milkman
Just realize that Rockstar Games have been milking concepts for years. These guys created GTA. They’ve also created Bully (GTA, but as a kid), and they created Red Dead Redemption II (GTA, but in the wild west).


🐦 Thread of the Week
Sony’s Earnings Report, by Daniel Ahmad.


📖 Read of the Week
How Apex Legends continues to gain momentum, by Jacob Mitchener.

The Esports Certification will, for now, be known as a blip in esports history. The organization was announced on April 27th and “paused” activities on April 28th, but what happened in between? A whole lot of savagery on Twitter, of course. The ECI was formed by former esports execs as a means of proving job applicants have cursory esports knowledge, but the certification cost $400. For those who have just graduated or simply don’t have a lot of cash to their name the price simply isn’t feasible and could be seen as gatekeeping — one of the industry features that they apparently wanted to fix.

It launched with 42 advisory board members — including recognizable names like G2 CEO Carlos Rodriguez, Evil Geniuses CEO Nicole LaPointe Jameson, and legendary caster Chris Puckett — who apparently had a say in the exam’s questions. A sample version of the qualification was ravaged on Twitter due to the ridiculous nature of the questions, suggesting they either didn’t really have much of a say or that they’re simply out of touch with the industry’s lower levels. Sources tell me 30% of those members have already requested removal from the board, for what it’s worth. Whether they had a tight knit echo chamber that reinforced such silly decisions or it was simply a communication issue, valuable lessons were learnt that eruptious day.

PAC PLAYING SONIC BACK IN THE DAYS

That phone has been picked up zero times since he started working there.