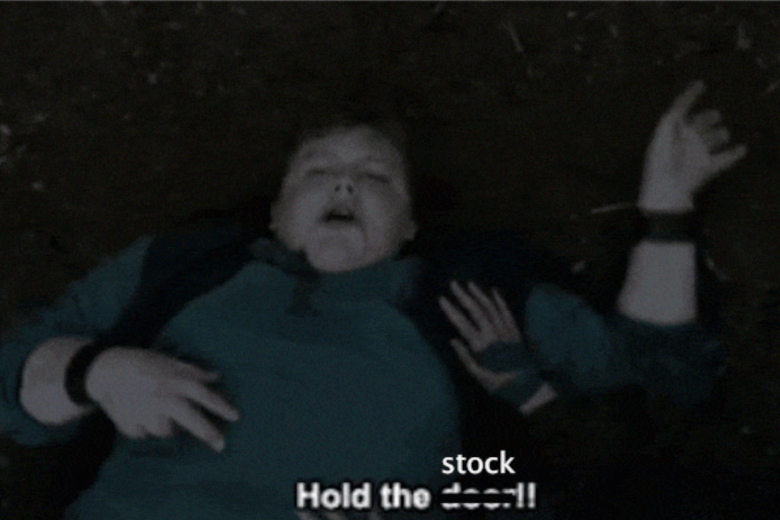 🙌 Support
The newsletter is free, but if you want me to continue doing what I do, there're two great ways to contribute. It's appreciated more than you think, thank you!

☎️ The People
Something that I learned over and over again in the last five years is that shows which seem over the top like Billions, Game of Thrones, Succession, Suits, House of Cards and Mr. Robot, are a fucking reality anticipated by crazy directors. What is even life anymore?

I'm watching the new Netflix's show Fate (kinda bad so far btw) and thinking am I gonna be a wizard soon bro? I mean... the people suddenly control the stock market and the future of some hedge funds for the memes now".

You all probably know what's happening with GameStop and /wallstreetbets at this point. But if you don't, here you have a super quick explanation.

History is happening as we speak, don't be distracted by the thought of how much money you could make with these stocks, think about what will be the next scenario of the people vs the system. Wallstreetbets' Discord is down, Robinhood is down. This GameStop move will be stoped at one point, but it opened a gate to a new (and bigger) activation.

Is it going to be currency itself? If money is decentralized then we are playing a whole different ball game. Oh shit... we already have that. Crypto might receive a new love wave.


🕹 More GaaS: Gaming as a Service
Plux chose to build a biz around the niche of nostalgic gaming. A subscription model with Atari games. Yes, there are people playing old school games just to get back to those feelings of early gaming in a world where it wasn't as crazy as today... and its a niche bigger than you think.


🎉 True Fandom
Tell you what, one of the concepts that excites me the most is to see orgs bundle experiences into a platform for their fans. Sports clubs have been doing this for years and now we see esports teams getting creative about it too. Team Liquid launchedLiquid+ yesterday and the stream was dope. The platform has +8K members at the moment.


📺 Wow, ok.
HBO Max is moving fast. I didn't even noticed how many titles were getting included in their library until I saw this. Netflix announced that they will be adding one original series a month in 2021 and HBO was like hold my popcorn mother f*cker.

Because of Covid, movie theatres are no-no right now and HBO Max is replacing cinamas by premiering movies like Wonder Woman 2 and others. Makes me think... is there a possibility where Sony, Microsoft or publishers partner with streaming services to release exclusive original-content attached to announcements and in-game goods? Can be combine the Ready Player One - Roblox with a streaming service as well? The metaverse is speaking to us.


🔛 The Right Direction
Youtube is one of the main responsibles for the growth of gaming. If you have a problem with that statement, come at me one by one. Joking don't come at me, I'm still weak after 2020. Last year, Youtube committed to esports once they signed an exclusive deal with the Call of Duty League and the Overwatch League. Today, they keep improving the experience with Call of Duty and not a lot of moves with Overwatch since the game has a concerning pulse.


🐦Thread of the Week
Companies with CEOs who act like influencers, by John Robinson.

Even Cyberpunk's ads at the mall are crushing.