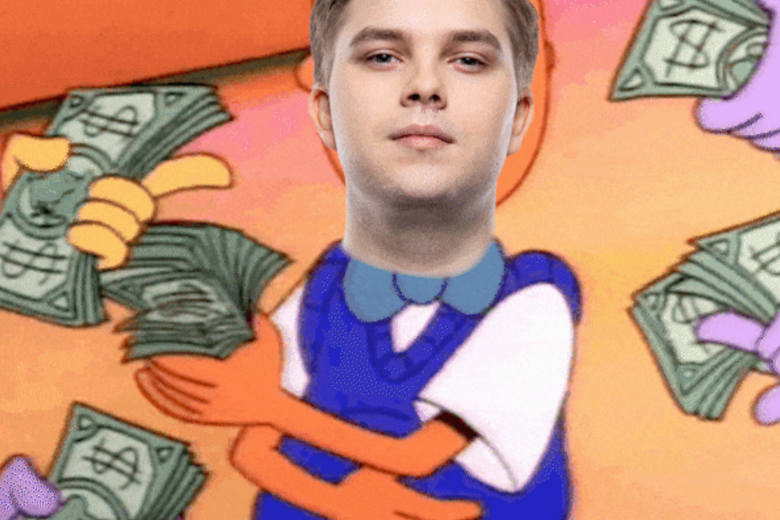 💰 The Inevitable Inflation
Another week with esports teams spending millions on League of Legends’ players, it’s another week for people to start bitching about the esports bubble. I’m bored of it, let’s play devil's advocate this time.

People need to be more realistic about this situation. It’s inevitable. Yes, there might be a better way to do it, I’m not a fucking economist, but I can tell you that at the end of the day these LoL teams agreed to compete in a franchised system. All of them already spent millions of dollars just to have a spot in the league, do you think they ain’t putting some extra beans on the table to get the best players as well? The minute the first millionaire contract appeared in the LCS, all owners were on the phone desperately flirting with their investors to spend double on the next guy.

The player's main incentive is money, and it always will be. The second most important incentive to acquire a player is legacy. Pros want to play for the best teams, but guess what though, the best teams are the first ones to spend all their money on players. It’s a win-win for the pro.

Also, finding cheap talented players isn’t really a thing. This is because the number of aspiring LoL pros is smaller than you think, plus the esports collegiate system is barely followed and the life cycle of the pro gamer is shorter than most competitions. This makes A-tier players very valuable, and if they are also good negotiators, shit… they have room to get expensive.

People follow teams mainly because of geolocation or success. Geolocation doesn’t exist in League of Legends, so it all comes down to winning.

We have teams like 100 Thieves who already created a revenue pipe splashing money from their apparel and content creation departments. Giving them space to test salary rates and budgets no matter how the player-market goes, to see which esports are starting to look more profitable long term. Smart.

This shows me the “yea, we do want to have a future where we can buy a huge player and recover the money in two days with jersey sales.” But at the same time, they understand that esports as a whole isn’t there yet. For the ones saying “what if they spend all that money and still finish in fourth place”, you are missing the point.

Here is the real problem though.

There are other teams with no plan B on how to generate money other than a sponsor in the shirt, a drained investor or having a workforce of 85% interns. However, they still play the high salary race without acknowledging that esports teams are just a branch towards long term profitability. For those, I send my condolences.


👀 First Look
Xbox Cloud Gaming arrived to IOS and PC and the Game Pass subscribers are already testing it. This iswhat it looks like.

🕹️ Underrated Gamin’ Savvy Sales Teams
Back when I was working at Fnatic I remember we had a partnership with OnePlus, which started with normal sponsoring pieces quickly jumping into stronger campaigns. OnePlus added a “gaming mode” to their operating system, where people could press a button and have a different layout on their devices oriented towards gaming.

This week, they introduced gaming triggers for their phone. I think it’s interesting to see how companies approach the gaming industry at different levels. The people at OnePlus watched one League of Legends event live in 2018 and that was enough for them to change an entire operating system, while other brands can’t think of anything bigger than a logo at the end of the team’s website.

With gaming’s clout on the moon, brands like BMW, Louis Vuitton and Gucci are knocking on the door. Now that we have the opportunity to sit down at the same table with execs from these global brands, we need to be able to understand how they work, and also be really good at explaining how they can flow with gaming and esports. Invest in people who can navigate in both spaces.

Plus we have every single tech company dipping into audio with Twitter, LinkedIn and now Facebook copying them all by adding Live Audio Rooms, Soundbites and Podcasts Streaming to their platform.


🩹 L of the Week
Amazon and Tencent had some tea, which resulted in cancelling the development of the Lord of the Rings MMO. Amazon is currently working in the LOTR TV series, which has been truly hyped, and the game was a strategy to build even more hype. The drama wasn’t big enough to cancel the series, but shady enough to pull the plug on the game.

📖 Read of the Week
The defining moments that shaped the esports world, by Upcomer.

Today, ending the “Will they? Won’t they?” saga, the International Olympic Committee finally committed to esports — kind of. The sports organization have long disrespected esports, citing that the violent nature of games like CS:GO goes against their values, but they’re still desperate to tap into our young audiences. The event brings together five “non-physical virtual sports” like cycling, rowing, and eBaseball (no, that’s not a typo) to try and convert their existing sports-loving audience into caring about the ever-evolving digital world.

This move is clearly not trying to get esports’ rabid audiences to care about the Olympics, it’s the exact opposite: they’re warming up those who already care about the iconic international competition. It’s worth noting that virtual sports are, by many’s standards, effectively less fun versions of the real-life activities with fewer things at stake, so why would older viewers care? This is not only a ‘safe’ play from the IOC, but potentially a counter-productive one with hardly anything of worth to be gained. They’ll rack up baity headlines around the topic, at least!

A time travel PS VR game where you can change the course of history. First thing I’m going to do is to travel back to the meeting with the first fucker who said that the European Super League was a good idea.

Can’t believe I never thought about this before...