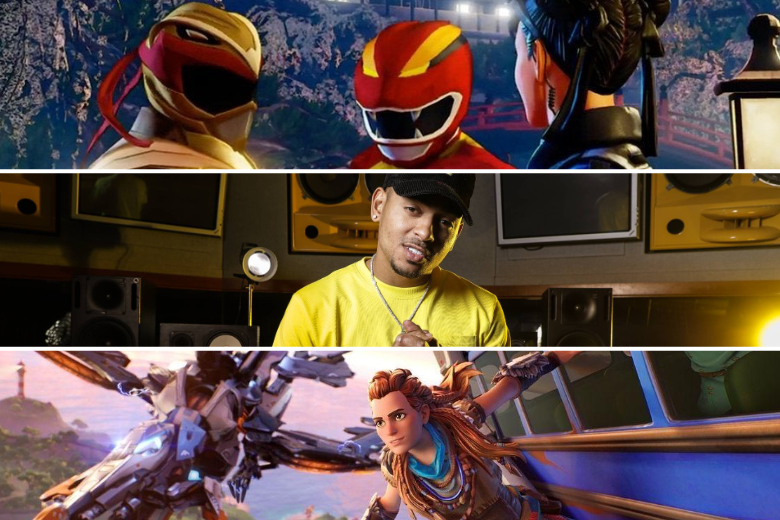 The Future of Entertainment and Sony’s 200 IQ

For the new subscribers, two things:

Alright, a lot happened this week, let’s cut it down real quick...

💸 The Future of Entertainment and Sony’s 200 IQ
Long story short, Epic Games is collecting degenerate amounts of money to accelerate the future of entertainment, and among others, Sony fully believes in their vision.

One thing is to believe though, the other is to place the cash where it's needed and Sony ain’t dry on budget. They invested $250M for 1.4% stake in the company, and now, not even a year later, they added another $200M to the mix during Epic’s $1B round funding. Tasty. But why? Well, Epic isn’t fucking around when we talk about future.

All these points meant a new way of massive revenue that nobody in the world is performing better than Epic Games.

Let’s also add the possibilityfor Sony to fully test the latest technology through Unreal Engine for PS5 games. This is the perfect spot for them to invest. Sony is already involved with film, music and other ways of entertainment, and Epic Games has the formula to unify it all.


⏳ Save the Date
For the ones thirsty for virtual reality development, on April 21st, the first ever Oculus Gaming Showcase will be streamed on all platforms, except Mixer. Mixer is dead, just wanted to put it out there just in case you forgot that Ninja is still spending that money in $5,000 wifi bills per month.

💌 Some Indie Love
Nintendo Indie World Showcase came through yesterday with lots of new game announcements for the Switch, here you have the highlights.


🤝 New Owners Wave
100 Thieves incorporated Valkyrae and Courage as co-owners. If you still have doubts about content creation not being king, order a stronger beer and think twice.

I feel that there’s a lot we could talk about, but let’s center it to the main element:
100T could survive without Courage or Valkyrae, but not because merch drops are all they need or building esports programs will make the cut. It’s because the company is so appealing that they could replace them with other content creators.

I have seen esports orgs sleeping on huge streamers by going contract-to-contract on shaky foundations easily countered by other companies. This isn’t just loyalty towards these two, it’s a clear message to every creator in the world: we are the company you should work for, we care about you, come with us.

Let's be real about it, FaZe Clan started the wheel of content prioritization in gaming, and this is an interesting move from 100T to truly fight for that respect once creators have to make a choice.


🎥 Sonetflix
Netflixbought exclusivity to all Sony’s upcoming films, including Spider-Man and Uncharted. This is a huge move, Sony has several studios attached to their film factory and Netflix called dibs on all of them starting in 2022. Gaming and Netflix bond is getting pretty tight.


👾 Game of the Week
Age of Empires, one of the first games I grinded on PC. Most people cringe when I tell them about this. Save the cringe, you better put some fucking respect to this legendary game. Age of Empires IV is coming this fall. Fan Preview.

A trend in esports that is quietly picking up steam is going public. Or, at least, going more public with dual-listings in hopes to capitalize on investors in the United States. Guild, the British team co-owned by Beckham, as well as Danish legends Astralis and Canadian media company Enthusiast Gaming, have all recently made it known that they’re targeting the US — a nation that’s seemingly breeding thousands of new investors every day alongside the rise of cryptocurrencies.

One aspect of a company being publicly-listed that really benefits the esports industry is the transparency. In order to float on a stock exchange, they have to be pretty damn open about their plans, their intentions, and the deals they’re signing. Guild have announced a £3.6m three-year deal and “multi-million-pound” two-year Subway sponsorship already, and they only launched in mid-2020.

Esports is shrouded in mystery. As a member of the public, you’ll only find out exactly what these companies want you to know. Companies capitalize on the smoke and mirrors by selling reports based on bullshit numbers and everybody — both inside and outside of the industry — runs with whatever narratives are conjured up. Now, due to more and more organizations choosing to go public, esports is slowly entering the age of transparency. We can have true insight into how healthy the ecosystem truly is (or isn’t, for that matter).

I bring OlliOlli to the spotlight because I thought this was the perfect example of an original and refreshing reveal. Storytelling, images, transitions… simply beautiful.

Let’s support OlliOlli fam, I have a good feeling about the team behind it.

This island is trouble.