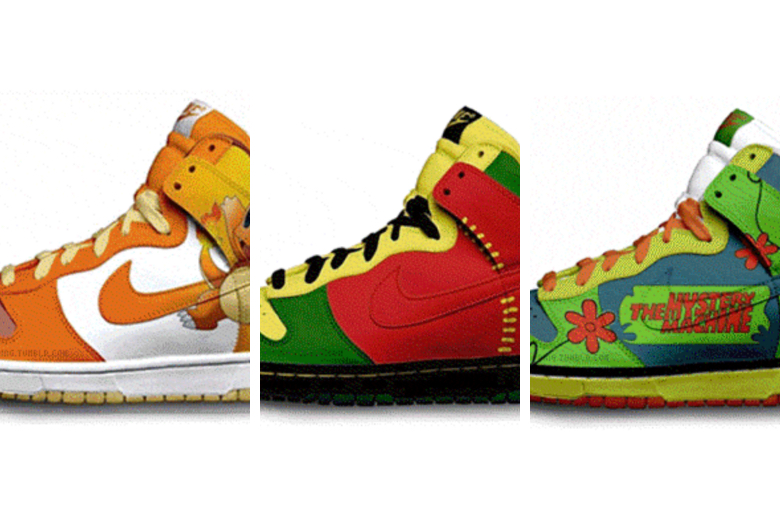 The Future of Collabs

MAY 20
Hello hello.
This week, Play-to-Earn is hot and Guild Esportsis not what you thought,but first...

The Future of Collabs

It was just a couple years ago when we started experiencing collabs in gaming.

👉 A collaboration comes directly from ‘curating culture’, which means that we, as expectators, expect a story to be told. The product and the collab has to be meaningful or it won't’ work.

At the moment, several collabs feel just like Jake Paul jumping into NFTs. Since there're so many of them at the same time, it's inevitable to think that this is all just a cash grab.

I mean, we are not stupid. All collabs, no matter how good or bad, are cash grabs. That’s how the world works with everything. But that’s the main element: the profiter and the opportunist need to tell the story of the collaboration, and that will take our attention away from “this is a nasty cash grab” and place it in “holy shit, this is dope, it’s an experience!”... and then we buy the product to be part of that experience.

In general terms, some brands can afford to just add their logo. However, in gaming that isn’t enough no matter who you are. Nike and Louis Vuitton could have stepped in, slapped everyones’ faces with their outside part of the hand and dropped a single logo. Instead:

Wanna have a sneak peak of the next form of collab? Roblox x Gucci

The collabs that we see within fashion, music and sports, mainly rely on product design, packaging, presentation and a teaser hype video. But when we added gaming to the culture-mix, it became a constant experience that involved worlds and environments.

NFT’s fall perfectly into this scene, because a collaboration is all about the creative process, which is art. NFT’s and gaming are art. Crypto will bring a new layer for collabs.

The variables are infinite. The next wave of collabs will have a layer of immersion that we haven’t seen before. Brands who weren’t afraid to go all out a couple of years ago like Nike or Louis Vuitton, will be the first one to jump into this one.

📺 Streaming Wars
Not quite Twitch and Youtube, but the other war has a new player:

But now:
AT&T with Warner Media: which could be worth $150B and will include HBO, Discovery, Animal Planet, CNN, Warner Bros., and more. They will have +80M subs from the get-go.


👉 Not just a Name
Several people have been skeptical about Guild Esports. Well, here you have an interview with Beckham talking about Guild and their new academy.

🗝️ A Pick from the Vault
The once respected people from SEGA are thinking of bringing back their classic titles. It’s about damn time these kids put some respect where it's due. The question is: are they gonna target the old generation or the new one?


🐦 Tweet of the Week
Karmine Corp’s Brand, by Brendan Husebo.


🐤 Another Tweet of the Week
Premium Game Sale vs Free-to-Play, by Geoff Keighley.


🍻 Last Beer Sip: Play-To-Earn Explained
A new group of video games are adopting the NFT play-to-earn structure. It’s simple: play = earn tokens = sell them for crypto (ETH) = turn it into real money. Too good to be true; but it’s actually true though. Axie Infinity is the perfect example and it's hot right now.

Esports Orgs Becoming Agencies
When are we going to have a discussion about esports organizations operating agencies? Signing players and content creators to your team is one thing, but then representing them in terms of brand deals is an added layer that muddies the waters. NRG and Ader, TSM and ICON, Misfits and The Misfits Agency. Thin lines.

I don’t assume malicious intent with most people, and I know orgs are desperate to have revenue streams beyond sponsorships and revenue sharing from event operators, but there are obvious conflicts here. Whereas an external, independent agency can properly negotiate against the orgs in brand deals on behalf of the player or creator, what’s stopping an organization-owned agency from lowballing their signee and pocketing more money?

It would be incredibly cynical to believe that this is rife in the industry but, as with any instance of a conflict of interest, the potential for fuckery is a problem within itself. I encourage orgs to get that paper, of course, but I feel like a can of worms is being opened. What do you think?

THE HAPPIEST OF HAPPY MEALS

The biggest form of betrayal you probably don’t think about enough.