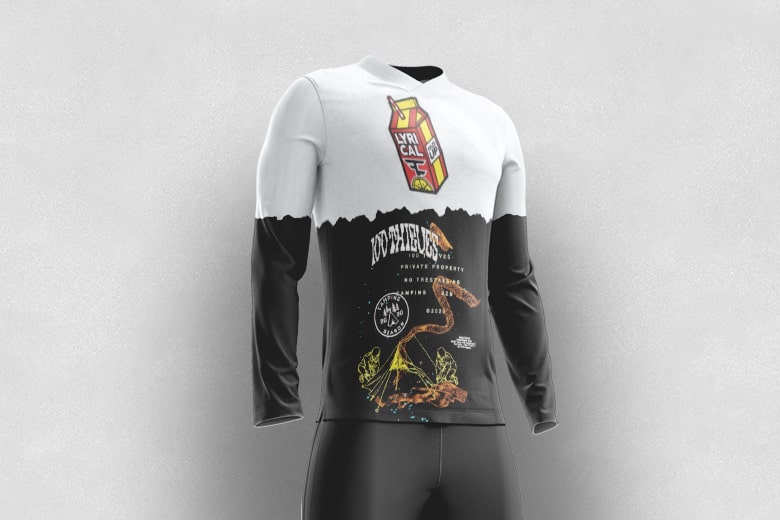 Ah... the world of apparel. Esports is massive right now, but the fashion biz around it is just getting designed. We're in the transition of a shiny carrot cake being cut by grandma into equal parts, and sloppy uncle Karl taking 1/3 of the cake without giving a single shit.

Because of esports orgs struggling to stay profitable, we can see different paths towards esports apparel.

Every sport has it's own story, but let's take the NFL scenario for now. Through most of the 1900s, teams were signing their own deals with small suppliers, not even visible to the public. In 1990s, fuckers were like "wait... what if we get the entire league for ourselves?". So, the first step was to get a nice and stable relationship with influential teams.

The physical aspect of sports developed a somewhat diverse apparel manufacturing ecosystem in the early days, also attaching brands to specific sports like Wilson to Tennis or Titleist to Golf. With esports though, apparel's performance is the same for most titles: pro players are sitting in a spot during the entire match, not ideal for clothing visibility, which makes it easier for powerful manufacturers from other industries to cross the pond and dominate the market.

Nike, Adidas and Puma leading sporting goods as a whole, resulted in leagues listening and the core process changing. The nasty networking stage took place to decide which manufacturer was sealing a juicy agreement.

The manufacturer, Fanatics, acquired their major competitors Fansedge and Majestic + a minority stake with Lids like it was a fucking Pacman game. Then collected the NFL, NBA, NHL, NCAA and NASCAR as clients. Currently valued at $4.5 billion. Humm... hello?

A few years ago, we saw the birth of several esports apparel companies aspiring to one day be Fanatics or have a tasty exit, Fansedge or Majestic's style. The sports community doubted esports' reach for years, which gave time to grassroots apparel companies to grow, but as soon as the scene exploded and the franchise structure was introduced, the vision had to change.

Today, the Call of Duty League, Overwatch League and NBA 2K League signed with Fanatics. Most of the esports apparel companies transitioned from creating pro gear to niches like:

For the ones in the back, don't forget that esports is equivalent to sports, not a sport. These companies haven't been completely eaten alive yet. Non-franchised titles like CS:GO continues to achieve higher viewership, which allows these companies to manufacture for teams of even just tournaments.

Fanatics didn't completely monopolized franchised leagues yet, cuz... League of Legends. We Are Nations (which by that way... dope name) is building an amazing legacy. They acquired Sector Six Apparel, partnered with ULT for lifestyle apparel, partnered with Walmart, signed a deal with Riot Games' LCS and kept a biz relationship with major teams like Cloud 9, OG Esports and G2 Esports.

Coming back to team's profitability struggle, since they were navigating in nasty waters, the oldest trick in the book to make money had to be applied: selling merch. At this point all teams have merch, but there're different strategies.

Mid-Tier
Mostly occupied by teams with big-time streamers, two or three successful esports teams, a flashy collaboration with companies like Champion or BMW, and a partnership with a manufacturer that elevates the quality of their products. They know their strengths and play the normal game of merchandise. Examples: NRG, Cloud 9, OG Esports.

Top-Tier
All of the above + a broader international audience, higher number of merch campaigns per year. They go beyond what normal teams would do, because they have evidence and certainty of fans willing to pay a high price for any product release. Examples: Fnatic, TSM, Team Liquid, G2 Esports.

Welcome to The Dream
We currently have two orgs here: 100 Thieves and FaZe Clan.

It's interesting because I can't think of any sports team with great streetwear and pro-wear. I love FC Barcelona but I'm not using that shit if it isn't to play sports or going to the stadium. Maybe they don't need it, since all major sports teams are making bank with their pro-wear. But some do acknowledge it, by partnering with them: FaZe Clan x Manchester City.

Nadeshot stated from the beginning, to both investors and fans, that 100T is an apparel company first. Their streaming personalities acquisition and decent esports presence kinda camouflages apparel being the main focus, but it is.

They had legit apparel hires from other industries, designed and produced quality pieces and dropped a limited amount of collections for people to go complete apeshit and buy the entire stock within hours, while also making StockX very happy.

You might think, there are teams making more money because of the number of campaigns and products. Yes, for now. 100 Thieves is investing in a long term vision with collections based on other industries trends and adding their touch to it. The new people coming from sports, music and Hollywood will empathize with 100 Thieves apparel first, which then will transition into following their personalities and squads. The crossover is theirs, 200 IQ for the thieves.

FaZe's focus goes around their personalities and the content about how they get involved with other industries, generating insane reach. Single streamers or content creators are making more money than entire esports teams, that's why now every team is constantly trying to sign personalities.

FaZe's strategy relies on their investors' network to connect the dots and produce instant hype which makes the crossover stronger by the month. They are not going through the design path like 100 Thieves, they are collecting names. Lyrical Lemonade, Champion, Kappa, Man City, Juice WRLD, Beats, NFL and much more.