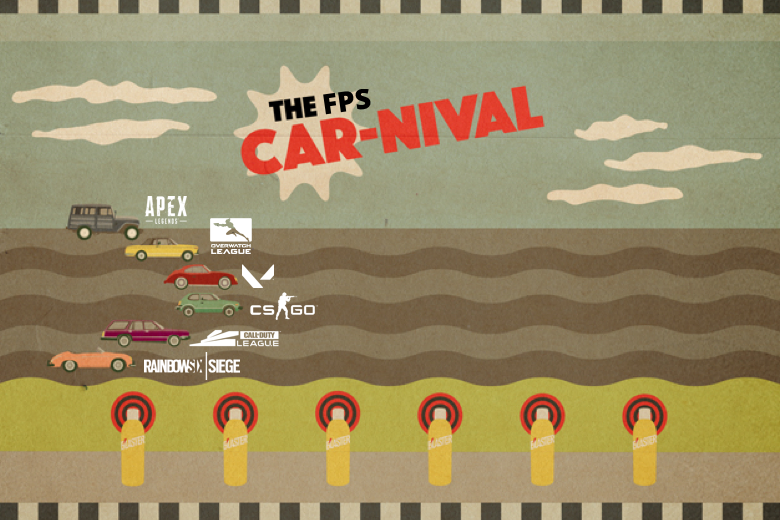 Organic Hype in a Broken Genre

Riot Games must be having a happy picnic at the park right now. Well, a Sims 4 type of picnic since they shouldn't be outside (stay at home people).
Valorant's mojo has a reason and it's not just streamers being thirsty. Let's look at it.

‍
Where are we at?

‍Before we even heard about Project A (now called Valorant) the FPS category in esports was under a hole of uncertainty:

The industry fanbase has committed with two types of FPS so far:

‍Apex Legends saw what was happening with Overwatch and Fortnite and had their opportunity which didn't last long because of three problems:

When we thought everything was lost, Riot Games announced a game that would fill the void of a fantasy shooting game, which isn't as crazy as Overwatch and it has some aspects from CS:GO... humm yas queen?

All these popular streamers flaming Fortnite, Overwatch pros afraid of failure, TO's looking for new esports and bandwagon fans share something in common: they know Riot is really f^cking good at creating an esport structure.
‍

From broken genre to broken records

‍Once the game is released, they will get some crazy looking numbers. Because:

Only problem I see in the horizon: if Valorant's majority player base consists in League of Legends transfers, toxicity will make the average player want to quit in a couple weeks and all the hype will be around pro players competing in a game that nobody wants to be mentally invest with.