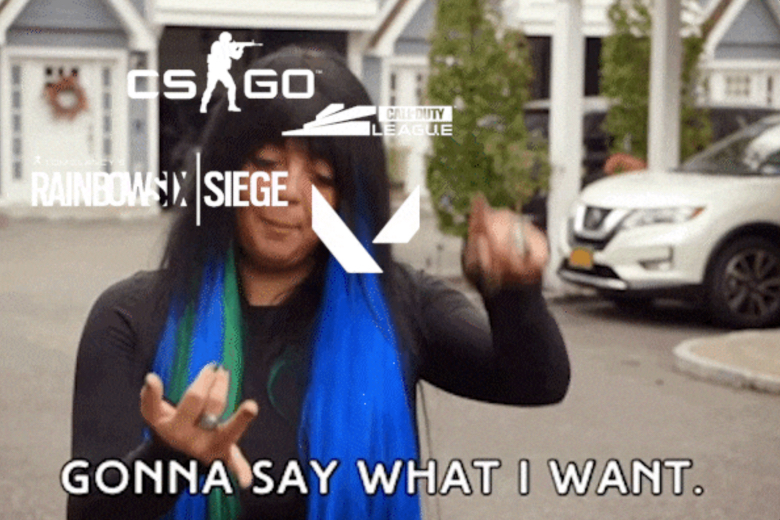 JUNE 24
Hello savages, hope you're doing alright.Im proud of you guys, somebody heavily shared the newsletter cuz we got a nice batch of new readers. Welcome to the new subs fam.

This week, Pokemon goes all out and gaming ads getting clout, but first...

Covid hit and only a couple months later esports started to re-activate online, while the sports industry was looking like a foster kid searching for hugs. Ok... I'm sorry, that's strike one.

F1, NASCAR, NFL, NBA and literally everyone else transitioned to esports and Twitch, to which all of us were like— "ah! now you wanna jump in ya bunch of gold diggers".

Yea, it felt good, and it still does. It's great to see culture immersion grow on Twitch, it's the only formula for success. But esports?

But not all is shit, there's some love.

Esports orgs are being way more transparent with deals and contracts, which facilitated people to find dirt that in the long term will be good not only for the future of pros, but also to generate trust for sponsors to let go bags easier.

Even though streaming is what truly attracts new audiences into gaming, once people are in it, at least they realize that esports exists, pays nice, and it's cool. Before, everyone was in denial and that would only change it they had the opportunity to see it live at a venue.

Why is it weird then?

Well, think about it this way. Esports in the west is being carried only by League of Legends, Valorant and Call of Duty. Which it isn't necessarily bad, but:

There's structure, there's isn't a viral network
League of Legends is our steady horse. Always there, it works, sponsors are powerful, content is good. However, it's fantasy MOBA which is not the most appealing type of game for nowadays younger generations. You can make this fuckers fight inLouis Vuitton drip and kids will still be more interested in building a pixelated fort. League is my fav, and I hate to say it but its true: League on Youtube is dead, not because of Riot, it's just thatMOBAs won't go viral.

Understandable, but boring as hell
The polar opposite is sports in esports. NBA 2K, UFC, FIFA... these are fun within friends, but watchable? Nobody gives a fuck because it's identical to real life and its way more exciting to watch it in real life. These will never go big unless you give them something that isn't real.

A possible W?
Here is where Rocket League comes into the spotlight. Easy to understand, growing fast in high schools and colleges. I think there's huge potential in this game competitively speaking. A game that also could be insane in VR when the tech is right. Epic Games is good when it comes to shopping, and the RL purchase wasn't a shot in the air, I'll tell you that.

Many chiefs, a few villagers
At last, FPS games. Shooting games are the most appealing to the average new gamer. It's just a mess though. I prefer a small group of focused people than several of them debating. That's the problem.

CSGO, Apex, R6, Valorant and COD can talk as much shit to each other as they want, but at the end of the day, only one, maybe two will dictate FPS esports. Keep relying on drama, controversies, Adderall and you will continue to get finessed by Fortnite.

Riot knows how to build an esports structure, thats why Valorant is getting decent momentum. The level of fantasy makes a bunch of people still lean towards Call of Duty. They are both in a ok state, but the yet unfixable in-game cheating issues are holding them back.

Close the tab plz
The reality is that cheating, egos and a lack of interest of watching high school or college esports is what hurts competitions the most. But all these are fixable problems, we just need to work together and get out of this transition state of mind of everyone' land.

👏 Gaming + MKT Campaigns done right.
G2 Esports is coming through in terms of video and advertisement in gaming. People loved their new campaign with Ralph Lauren, and it wasn't because of the fact that all of us want to fuck Rekkles. Strike two? Don't act like you don't. It's mainly cuz behind the scenes, G2's staff is really good at making brands understand how to communicate with gamers, and it really shows.


📖 Read of the Week
That Time When 7UP and Pepsi fought for video game supremacy, by C. Eittreim.
25 years of Quake - A thread on level design, by H. Lage (Only for OGs).


🐦 What's good on Twitter?
The boy Rishi released some Twitter-facts to the public. The short-version:

🔥 Pokemon doing Pokemon things
Here's the thing, Nintendo might not give a single tiny shit about esports, but when it comes to game release, oh my gawd their titles are a fit. NetEase officially released Pokemon Quest in China last month and the roadmap was dope.


🟩 Pass the Schedule
Here you have what's coming next to the Xbox Game Pass.


🎞 Trailers of the Week
Alright, the pandemic messed up with the logistic to deliver consoles, but the trailers are still running smooth:

🎯 Came in Clutch: Spielberg
I'm hyped, we have a new equation:

Don't underestimate how involved the film goat is with gaming. Things will happen.

Sea of Thieves x Pirates of the Caribbean

Most definitely all of us in GTA: