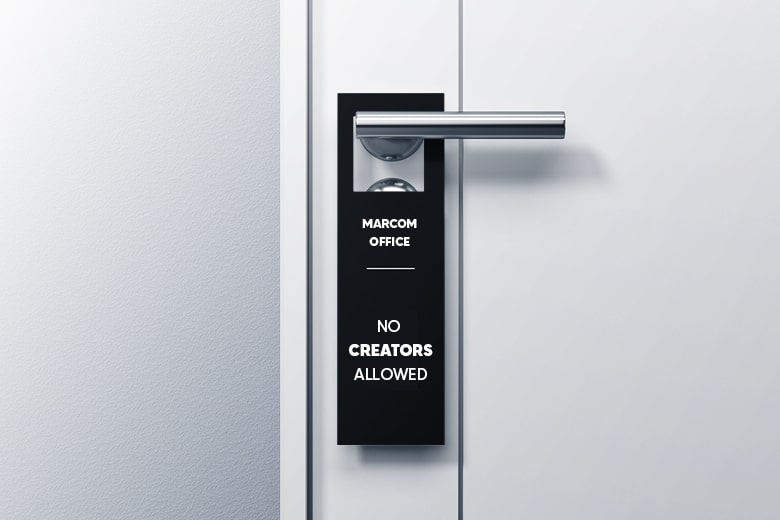 Let’s go back in time.

To the days when comedy movies were an actual thing, to the 1990s and the 2000s when we had new hits breaking worldwide box office records every month.

That golden era is long gone. After 2009, only a few projects made it big time like The Hangover or Ted. It wasn’t the same anymore… but why?

During the 2010s, all the social media Black Mirror shit started to roll. Memes, jokes, funny videos and literally anything you wanted was now available at a couple taps from your hand. By the time a comedy movie was budgeted, produced, filmed and released, 80% of the jokes were already cringe. Twitter, Instagram and Vine (RIP) created such a state of commodity that comedy became weekly disposable.

‍The ones who survived the new world were a few gifted comedian-directors still guiding the rules of comedy.

However, new players came into the scene. A wave of directors adapted by accepting the fact that creating a successful comedy movie in less than 4 months was impossible. So… along with their 200 IQ, they decided to evolve comedy by combining genres in a way that social media couldn’t fuck with their scripts.

Drama as a base genre, with comedy essence: The Grand Budapest Hotel, The Green Book, Jojo Rabbit, Once Upon a time in Hollywood.

Action/Sci-Fi as a base genre, with comedy essence: every single Marvel movie.

Comedy wasn’t the only affected. It was just a matter of time to see how brands and marketing teams in general had to change their strategies and communication.

Today, comedy directors can create funny scenes but timing doesn’t work in their favor. Companies’ marketing teams don't really depend on timing. They can create a campaign in a month, a day or even hours. Shit, brands can sponsor a creator in a couple minutes and make thousands of dollars.

Oh, but we can’t forget about egos and traditional minds. The incapacity to drop their years of experience leads to lack of empathy with the audience which results in a low ROI.

The sad part of it all is that at the end of each month, during serious executive meetings, when asked for results, all these scarecrows start looking at each other for betrayal and throw another department under the bus. “It was stupid Janice from R&D sir. She didn’t send us the correct target audience age, sir”.

‍Let’s think David Dobrik. Biggest entertainment creator out there along with Mr.Beast in my opinion. Billions of views in any form of media you could imagine.

Ian from SeatGeek (marketing guy from one of David’s main sponsors) talked to Watchtime about their company-creator relationship.

Highly suggest listening to this episode. Most interesting points:

SeatGeek went around the marketing principles. They are a ticket company, but instead of tickets, they gave David cars, student’s tuition money and anything not related to their product for giveaways.

The audiences of today are way more sophisticated, they get it. Fans understand the irony of SeatGeek’s campaigns, which quickly gets stuck in their heads.

Creators are producing content for millions on their own. They plan it, film it, edit it, monetize it, administrate it. Do you still think they don't understand how a brand could fit in there?

Personal touch is the best example of successful influencer marketing.

At this point you must be like, yeah right Franco… is not that easy though. You’re right. SeatGeek sponsored 200 creators before David and most of them didn't work. It’s a two parts collaboration.

But if you trust the creator and let him/her talk to the audience, the chances of getting a better ROI are still higher than throwing a grey ad read to monotonous promoters.

Give them a code and use new purchasers as the main KPI. If it’s low, go on to the next one until you find your David.

Today, SeatGeek x David Dobrik has more searches than Ninja x Red Bull or Steph Curry x Under Armor. Meanwhile, traditional marketing teams are voting for social media to disappear, they prefer to keep fighting against the shift rather than learning about it.

‍Believe it or not, podcasts are still a new thing. Spotify is in the middle of the process of building a proper platform for the audio industry. A couple of years ago, brands were flexible with creators during podcasts episodes since they were just testing the waters of advertising.

Brands sponsoring podcasts like Bill Simmons, Tiny Meat Gang or Views, gave them scripts and these creators would change the lines, laugh or scream over it, tell anecdotes in the middle of the read and come back to it later.

Guess what? Once again, it got stuck into listeners' heads. Now, people expect to have ad reads and look at them as a fun part of the listening experience.

Gaming made it tangible

‍The gaming industry is showing us the latest form of marketing teams breaking with tradition.

Not only they have to deal with creators, but also to be aware of the environment in which they move. It could come in different forms, including streaming and competing. The creator most likely is part of a team, so now the brand needs to develop a personality relatable to creators and teams at the same time.

An audience gets behind a brand because the creator truly trusts it. “If you’re sponsoring my guy, I'll be with you on this journey”. As long as the message is personal.

Most gaming companies selling gear like chairs, monitors and keyboards have been using the same boring ass ads for the longest time. It makes sense, people working there are gaming grassroots passionates, but they need to drop it a bit. They want to talk about the color luminance, exact sizes, specifications and…. I lost you. Just like everyone else.

If gaming companies can struggle to talk to their audience, imagine brands coming from the banking, food or clothing industries.

A brand that can let their guard down and empathize with the creator, team or audience before advertising will open a new world of possibilities.

Gaming is helping them understand the process.