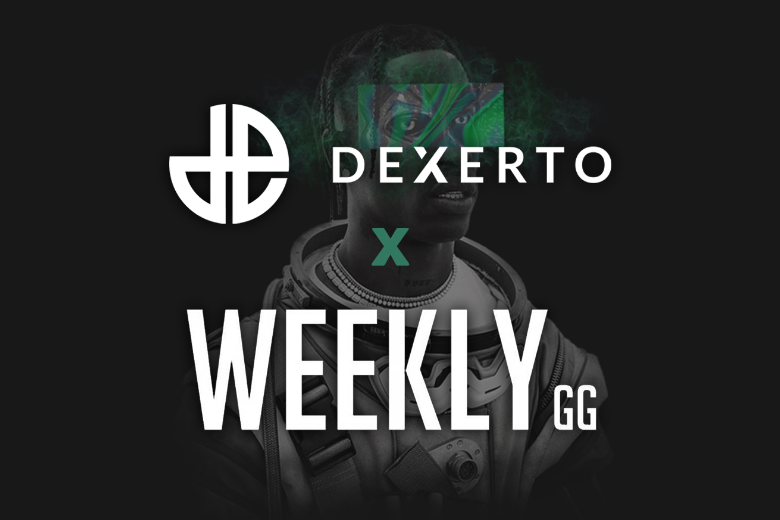 Dexerto x Weekly.gg: We tell it as it is

In 2019, I found a niche in gaming and esports where curation was king and a no-bullshit, human voice was the driver. The reality is that the long-term vision resulted in two years of consistent free content, which in the end, needed help from a team to make it grow.

After announcing that I couldn’t do it anymore, magical shit started to unveil.

A crazy number of individuals and companies jumped to get involved, I’m eternally grateful for everybody who reached out. However, there was a player that made the most sense to me. Weekly got acquired by Dexerto, and this is why:

You guys, the Weekly OGs, are the reason why this opportunity exists. Your support goes deeper than you think. Hard work paid off and now I can do this with the people I admire, both as readers and co-workers. We're going to make something special together.

Shit, I’m really happy about it man. It feels unreal.

🟩 Xbox Game Pass
Microsoft completed Bethesda's acquisition a couple weeks ago, and Bethesda said that there won't be immediate changes, except from their games being available with the Xbox Game Pass this week. Bethesda kids' custody officially goes to Xbox tomorrow:

👏 Gamin' Hustle at it's Finest
After developing 130 games in 15 years, Mediatonic went viral with Fall Guys. Now, they got acquired by Epic Games. Just imagine being told no for 130 projects and never giving up. This story should be told in a documentary.


🐦 Thread of the Week
Clubhouse is going to fail, by Shaan Puri.

As Shaan points out, people expect to get what they are looking for in less than 7 seconds, thanks to IG, Twitter and TikTok. Clubhouse is struggling because of its live content, and it isn't like Twitch where we could understand what's happening upon arrival. These are started conversations, which take a bit to get in sync. The app still has a lot of advantages and it will be interesting to see their next moves.


🎵 Behind the Track
Inside the Mortal Kombat 11 soundtrack with Will Roget.


🆘 Geek Translation
We talked about the Dota x Netflix project before. I thought they were going to put it up on their platform just like any other show, but they are pushing content to make it more understandable for new people before the release date. It’s not only a great idea, but it also makes me wonder why isn't Netflix teasing shows with intro content, drops and collabs more often, like we see with other industries?


🌈 Chronological Utopia
It's been a year since Animal Crossings started to pop off, here's the timeline. The game went from a meme to a place to escape, later into a spot for politicians to push agendas. Wild.

Like it or not, a true example of success with 30M+ copies sold to date, and several unique collabs to use as case studies.


🎞 Trailer of the Week

📖 Read of the Week
The Roblox Microverse, by Ben Thompson from The Stratechery.