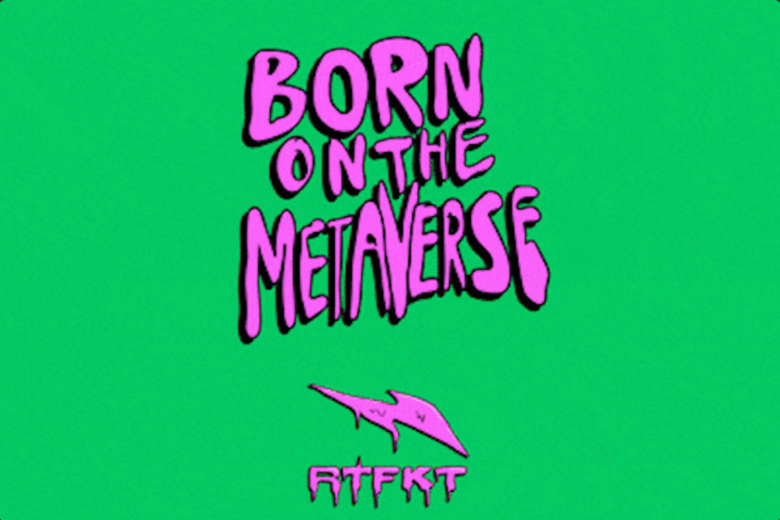 Born on the Metaverse

MAY 6
Happy Thursday people!
This week, Apple has a snitch and Tony Hawk makes me buy a Switch, but first...

⚡ Born on the Metaverse
Relax, not here to give yet another definition of the metaverse, I’m here to tell you a story about a group of people who are actually shaping it.

Storytime:
It’s 2018 and I'm having a coffee at the Fnatic office about to jump to the computer to design merch graphics, probably using Rekkles’ face, when my boss at the time comes to tell me “Franco, come with me, there’s a cool guy I want you to meet”.

Got into the room, and right off the bat this guy looked like he was two hundred years advanced on drip. Really nice dude. They started talking about a collab project for Fnatic which ended up being one of the first forms of digital sneakers involving gaming.

I don’t think Fnatic understood the magnitude of the project then, I don’t think anybody did at all. After chatting for a bit more, we went outside to have a cigarette and another guy called my ex boss. Me and my co-workers were like flies on the wall at that point.

I’m not sure what my friends were thinking about them, but for me it was like listening to people who were not from this era. People with a crazy different mindset, and I truly felt that these guys were going to change the game for everybody at some point of their lives.

This conversation was three years ago, the project in discussion was RTFKT Studios, my boss was Benoit, the guy I met was Zaptio and the guy calling was Clegfx. All of them have been merging reality with the digital world for years through different projects, but this one was the one.

Enter 2021, NFTs and in-game digital drip are hot and these guys are showing us how there are literally no limits in the relationship between creation and commerce.

RTFKT is the leading metaverse-ready fashion and collectibles company out there and that won’t change. People finally realized about it, so much that they just raised $8M funding round lead by Andreessen Horowitz, and others like Adrian Cheng, Galaxy Digital, VaynerFund, Shrug Capital, GFR, Marc Merrill and more.

For all the investors reading the newsletter, stay alert for the next funding round. These guys ain’t fucking around, they are an important part of the transition towards the next level of digital experience.

🏎️ Rocket for the College
Next Level added Rocket League to their esports league. For the first time in a long time I’m getting a good vibe from college esports, and it's thanks to RL. I think this title will be huge in the upcoming years.


☁️ A  little bird (confidential email) told us...
...that Walmart pitched their cloud service to Epic and get Fortnite along the way.


📇 Pokemon Fever
Pokemon partnered with McDonald’s, instantly got swarmed. Now Pokemon partners with General Mills cereal and the scalpers attacked again leaving no cereal left. If you have a company that sells literally anything, partner with Pokemon cards.


🐦 Thread of the Week
Epic vs Apple, by Matthew Ball.


🏃‍♂️ Gaming x Gyms
The Esports Gym opened in Japan recently... and by gym, I mean just another computer cafe but fancier and with esports coaches for an additional fee. Can we stop fucking up the concept of fitness and gaming and do it properly please?

Let’s do this, hit me up with the best companies you know are pushing towards making gaming a healthier place. Fitness, nutrition, mental, etc. I’ll make a proper free report.


📖 Read of the Week
I need to explain to you just how dire America’s Pokemon Card crisis is, by J. Koebler.

I’ve had a busy week exploring and documenting the next chapter of the OpTic Gaming ownership saga. CEO Hector ‘H3CZ’ Rodriguez finally got his baby back late last year but he’s still restricted in what he can do. Considering he’s the co-CEO of NRG, the organizations don’t compete for the same titles. Now, I’ve reported that H3CZ is looking to divest from NRG and acquire COD franchise OpTic Chicago for himself. Not only that, but fellow NA team eUnited have proposed a merger with the legendary organization.

There’s a lot to unpack here. A popular sentiment among fans is that H3CZ has fucked over Andy Miller, his co-CEO at NRG, because he’s looking to abandon ship now he has OpTic back. There’s the angle that OpTic could well be competing in titles other than COD again soon, marking a stronger resurgence for the brand, but they still need additional financial support to make moves happen. Then there’s the eUnited angle too; I suspect that they’re not in the best of positions — this would be their third publicly-known failure in either being acquired or bolstering their ownership team.

While the jury is out as to what will happen in H3CZ’s camp, it’s clear he’s not done wheeling and dealing yet despite re-obtaining full ownership of the brand he built for a decade

Endangered species since 2020: Stores with consoles in stock.