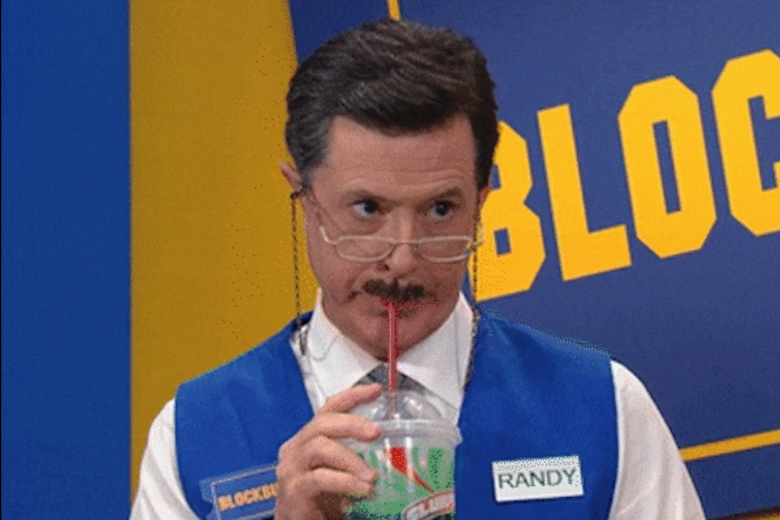 The Future of Movies and Gaming

🎞️ The Future of Movies & Gaming
In the 80s, when VCRs came along, studios were like “wait a minute, we can put movies directly in people’s houses? Bet.” Each videocassette was $100. Two thing happened:

Thousands of independent video stores opened in the USA until Blockbuster ate them all. In 1985, an oil engineer from Dallas and his wife opened the first Blockbuster, the differentiation? Bigger selection, open until midnight and the tapes were displayed on shelves.

Long story short, if you were an independent video store you would pay a movie studio $70 per tape. So if a movie was premiering, they only had two or three tapes to rent and people would fucking climb like the zombies from World War Z to get them. Meanwhile, Blockbuster cut a tasty deal to buy them at $2-5 a tape and share revenue with the movie studios, getting access to entire walls of copies. Smart.

The First Wave
All good things come to an end, but usually really good things have the option to choose how they end. Blockbuster had it, and they didn’t see it.

Netflix, a new digital era and pirate video stores started to take major parts of the market and it all came down to Blockbuster and Netflix being really even in performance around 2007-08. Blockbuster had a fair option to buy Netflix, which by the way, it was through a meeting organized by Reed Hastings. Blockbuster said no. They must be proud of that one…

At that time, the difference between these two was that Netflix had capital to grow and Blockbuster didn’t, and when they filed for bankruptcy there was nobody out there to give them some cash because the 2008 market crash had just happened.

The irony of it all is that I’m pulling this info from The Last Blockbuster documentary, which guess where you can watch it? Yep, Netflix.

The Second Wave Is Happening
COVID was the last push for streaming services to be the main way of consuming movies and series. The pandemic is also pushing the agenda for streaming 2.0 where we switch the last physical experience standing, movie theaters, for accessing premieres on stream.

Theaters lost the studios’ exclusivity. Only huge studios with a strong client loyalty like Marvel can do this, but soon it will be the norm. Movie theaters won’t disappear because COVID will go away. However, convenience can truly change mindsets.

The Third Wave?
Most Blockbuster aficionados will tell you that video stores and movie theaters will come back because of the social experience. It’s true, the streaming services’ lifestyle could get really lonely. But I disagree. The social experience will evolve digitally and I think gaming will be part of the third wave.

Watching movies won’t be just watching them. Interacting with them and making you a part of it will be the next step. Marvel is the studio leading the second wave and will be the one approaching the third wave for the future.

On the other side, Epic Games, Roblox and others are contributing to this movement. Crazy times.

🌏 A New World
After years of mystery and weird teasers, the Super Nintendo World theme park opened in Osaka, Japan. It really is something incredible that one day I’ll visit… drunk, but still, I’ll be there. A boy can only dream.

🐦 Thread of the Week
The best apps today are games in disguise, by John Lai.

🤹 Juggling w| Billionaire Offers
It’s crazy to think about the huge investment moves from Microsoft, Amazon, Google, and Epic Games recently. They are slapping people’s faces with cash left and right. Some of these investments are to fill a gap, pressure a competitor or gamble to find gold. You would think that these companies are at a level of pure certainty. But life just doesn’t work like that, ask Mixer or Skype.

There are some filthy rumors venting info about the next big move. Microsoft, Amazon and Epic Games are trying to buy Discord. Microsoft leading with a possible $10B purchase. Couple of thoughts:

🍥 Anime Spotlight
Netflix is developing a life action film and a follow-up anime series based on Keanu Reeves’ BRZRKR. After Cyberpunk’s performance, I think we need to give Keanu a hand and watch it. A happy Keanu is a much-needed Keanu for the industry.

👾 FoR NFT
The CSGO scene is not having a good time lately. The only sign of love I found around it this week was that Frag or Die is now an NFT.

🎁 Deals of the Week

📖 Read of the Week
Unraveling the Games Among Us, by R.Li, A. Dulla, and others.

We all know the one using WASD instead of arrows was the real gamer.

Marketing is right in front of our eyes...