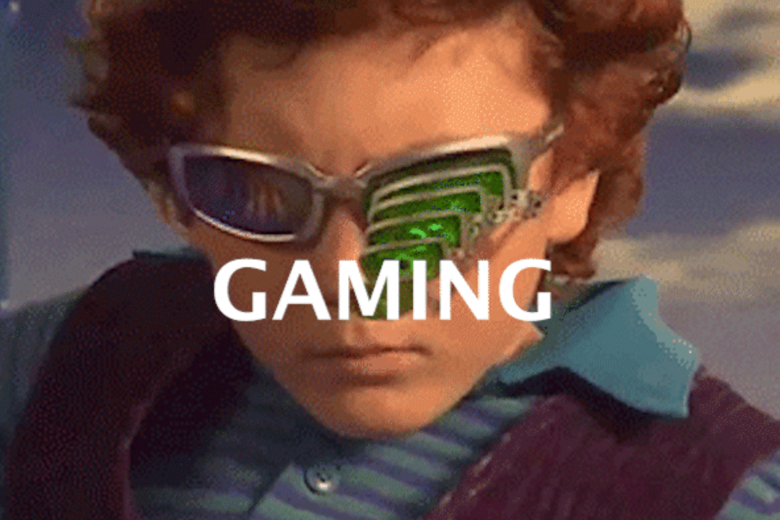 This week, the film-gaming calendar is tasty and VR lookslike aunt Stacy, but first...

But actually do. After E3, I had to stop for a second to think about the type of projects that publishers and brands are releasing.

Gaming is dictating the way we consume any sort of entertainment right now. The funny part is that high suits in film, toy, music and fashion think that gaming is still adapting to them.

It's the other way around.

But in previous decades, the gaming industry was the one on their fucking knees to get a little bit of culture immersion. The people working in gaming understand to a tee what it means to adapt, and if you add to the equation the fact that technology and gaming are tight ... no need to explain what comes next.

Nah, let's do talk about it.

Games can be played from any device, including a damn fridge. In any way, including virtual reality and in any form including adventure, sports, novels, competitive and social experiences.

I mean, combine those three elements and with the right technology, entertainment brings a whole new world of opportunities, mixed together.

Entertainment is going towards a zone in which everything will be mixed. A lot of shit won't make sense, but a lot of it will be creative and exciting.

Pass me another beer

Let's put ourselves in the spot, as consumers, what do we really want? So many options, events, dope creators, products, games. We can't be everywhere, or can we?

Time is the most valuable factor because we still depend on a life outside the internet. If I can see my favorite creator, inside my favorite game, while talking to my friends and I can also buy shit... ufff... do we realize how powerful that is? Time management.

You probably thought about Fortnite after that paragraph, and yes, but also, every single project goes down that direction nowadays.

The next question—after the transition period of understanding how to mix, what does entertainment looks like? Ready Player One?


Anyways, here's everything that happened at E3 if you missed it:

🎵 Music. Still a problem.
In the last edition, we talked about the war between music labels and gaming. The only positive light that I could see from that relationship was the music events in Fortnite and Roblox. Well, Roblox just got sued for $200M by the National Music Publishers' Association. Epic Games is the last one standing, I guess.

🌐 Digital Looking Like Physical
Highsnobiety will open a pop-up in Paris for the third edition of Not in Paris. It will include 15 collaborations with designer brands. The cherry here is that the boyz at RTFKT Studios are in. Huge step for digital drip, ya love to see it.


🥽 Where the fuck are we at with VR?
A lot of us would love explain to people what is going on with VR and why we're not in Ready Player One yet. Well, thanks tothis article we know that:

👉 Would love to have a talk with a VR expert fam. Hit me up at hi@weekly.gg


🐦 Tweet of the Week
The Future of Games is Instant (thread), by Jon Lai.


📖 Read of the Week
Video Games are core to the future of D&D, by James Batchelor.
Marvel's Phase 4 is Going to Flop, by Peter Ross.

When people tell me to get some outdoors time: