‍Hello fam, hope you guys are doing great. Welcome new subs, this is a safe space for all of you to be part of a dysfunctional family. A rare one.Here is all about naughty, but healthy debate. Let’s dive in.

Loaded Questions, Empty Answers
People hate to compare esports with sports, and I feel them. The differences are palpable, but we can’t ignore some of the cycles. I think that esports is in the stage in which sports was like “alright bud, we took some ideas from the Olympics and medieval shit, these are the spinoffs that we created. Pick one and we will see which one becomes more popular”.

Obviously, it was (and is) more expensive to participate in some sports compared to others. Racing, Golf, Ice Hockey, Polo are bougie af.

Popularity followed the lines of the sports that everyone was able to be a part of. Talent is everywhere, but it’s all about the numbers. The more people, the more talent.

The second stage would be where sports as a whole became so popular and fundamental to our daily lives, that all of them reached enough numbers to create their own environments and business models.

And if wealthy people are grouped playing the same sports, which they pretty much created themselves, no matter how small or expensive, the money is alive… it will survive.

F1: Drive to Survive, Netflix's hit, literally changed Formula 1 forever. None of my friends gave a single fuck about F1 four years ago. After the first season, they started watching the crashes. The second season made them watch all races’ highlights. Now, they are waking up early on Sunday, with a nasty hangover, to watch the entire race. Hummm… hello?

Participation in sports is reaching a new level thanks to content.

Netflix just announced that the same producers will cover the PGA Tour. Golf will be crazy huge in 2 years. I know it is big already, but what I mean is that young people will be actively watching now.

Like it or not, esports is expensive as well. To play football, you just need a ball and two goals made with rocks on the ground. To play any esport, you need a decent PC, peripherals, a monitor, and good internet.

Just like sports, esports reached a great number of participants. But if you ask me, what’s the future of esports? I don’t have a damn clue.

What I know is that once you get in, the ground is the same for everyone. All esports are played the same way: PC, console and mobile. The actual game genre and idea is what makes them popular.

Too many elements are in the air right now

Technology and online life tell us that esports will be big, but lack of IRL activities and complexity of games tell us the other way around. Monetization of esports is our Voldemort, but newcomers who experience an esports event for the first time go crazy, so what do we have here?

Is VR going to be super accessible in the future and demolish PC, console and mobile esports competition? VR will bring more of a full body experience, is that what we need for esports to be known for its tech and not for its controversial headlines?

Do we need the F1 Netflix’s producers to save esports like CS:GO or Call of Duty? Or are we not even in the stage of recognizing what is a consistent global esport yet? Esport content participation has only kinda been reached by Riot’s Arcane - League of Legends relationship, but newcomers are still struggling there.

I get that the ones who work in esports think that everything is ok and that numbers are already poppin'... but something is off.

I have been consuming esports for 7 years and I never felt this urgency before. Yes, it took a long time for sports to build up, but esports is directly attached to technology and technology is going faster than ever, and it looks that esports is getting behind.

I don’t know, I think that esports is in a really weird spot right now. We need something to click so we can see a clearer path and send our best ideas down that road.

What do we do? Should we grab all the brilliant minds in esports and put them together in a room to brainstorm? Do we need more collaborative projects from publishers and team owners? Or is it impossible to work collectively if publishers own the esport?

Realistically, everything needs time to test and see what works. We just happen to be living that stage and it's exhausting, cuz we love esports.

So many questions for the few answers that we have.
‍


❓ Weekly Community
I’m thinking of creating a Discord server for y’all, simply for you to connect with others and maybe help each other grow. This newsletter contributed to the connection between team owners with brands, startups and investors, creators and ideas. Maybe through Discord the bond will get even tighter. That sounded sexual, but you know what I mean. I’m not sure if you would like that, so let’s run a lil click test:

📖 Reads of the Week
Monochrome Fantasia: Life in the Age of a Gameboy, by Andrew Jhonston.
I Thought This Game Was Terrible: Then I Gave It a Second Chance, by Ryan Fan.


📈 Stats of the Week

🖥️ Gear Up
All the announcements about new tech development for gamers came through at CES. The most important gaming gear for 2022 here. Or at least what we know

LEC x Against the Current 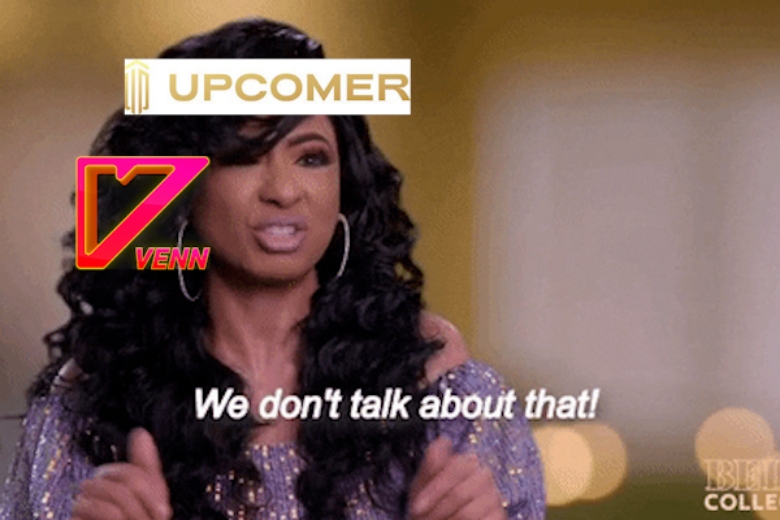